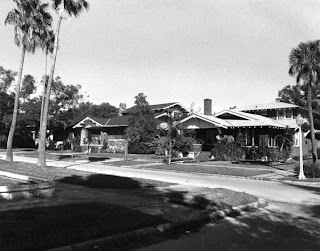 Hyde Park has one of the largest and most cohesive collections of early 20th century residential architecture in the United States. In order to publicize this national treasure regionally and nationally, the Historic Hyde Park Neighborhood Association (HHPNA) intends to create a video to be introduced in conjunction with its annual Home Tour, as well as hold a related exhibit at the Tampa Bay History Center. Both will be entitled “Celebrate the Bungalow in Historic Hyde Park.” Of particular interest is Bungalow Terrace, a unique pedestrian street of bungalows that will be highlighted. While the overall focus of the 30 minute video will be on neighborhood architecture, the video will pay special homage to the bungalow. The video will use examples from homes in the neighborhood to illustrate the characteristics typical in a bungalow.

Once completed, the video will be available in CD format to area residents, regional preservation groups and media. The video would also be shown at the History Center during the period of the Exhibit. With the focus on the bungalow, the video would be a educational tool that would be of value to any community or anyone interested in this architectural style — anywhere in the US.
To further expand awareness of the unique characteristics of the neighborhood, Historic Hyde Park will prepare an exhibit in the Community Case at the Tampa Bay History Center scheduled for March 2010. The focus of the exhibit will also be on the history of the neighborhood and the characteristics of the bungalow.
In conjunction with the exhibition, Historic Hyde Park will create a teacher’s guide in order to involve children in the exhibition and teach them about architecture and history. The guide will be distributed to schools and parents.

St. Petersburg Preservation, Inc. (SPPI) offers guided walking tours that take guests on a detailed tour of downtown St. Petersburg and beyond. Participants see the jewels of St. Peterburg’s past while learning about the founding of the city and its historic architecture from tour leaders Kai Warren and Peter Belmont.

SPPI offers three tours: the Downtown Historic Walking Tour, Westward Ho from the Waterfront, and the newest tour addition, North by Old Northeast. This brand new tour takes in the downtown waterfront, a portion of the Historic Old Northeast Neighborhood, including an insider’s stop in a restored home, and ends at the Vinoy Hotel.

Cost to participate is just $5 for the Downtown Walking Tour and $10 for the Westward Ho Walking Tour, which you can apply toward a SPPI membership if you join that day. Reservations are requested but not required. For more information on the tours go to www.stpetepreservation.org or call (727) 824-7802. 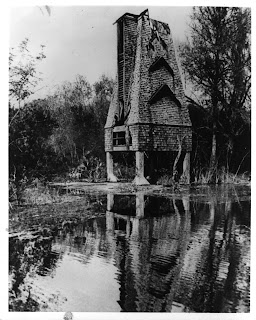 The original tower, built on the banks of the Hillsborough River by the original Temple Terrace developers in 1924, was based on plans from Dr. Charles Campbell, an early pioneer of bat studies and Nobel Peace Prize nominee. The tower was intended to be a roost for bats that would eat the mosquitoes that caused malaria. Today, there are three Campbell bat towers still standing (out of an original fourteen world-wide): one in the Florida Keys and two in Texas. The Temple Terrace tower measured 10’ sq. wide at the base and was 40’ tall from ground level to the top of the roof ridge. It was burned in 1979 by arsonists.

The plan is to rebuild a tower based on precise measurements taken from the remains of the tower along with the existing historic Campbell bat tower on Sugarloaf Key, Florida. The interior of the tower will be completely re-configured with assistance of George and Cynthia Marks of The Florida Bat Conservancy so it will be a functional roost (it’s unclear whether bats ever lived in the old tower). A functional roost will allow the City to reduce its use of harmful pesticides, and provide habitat for local native bats. The proposed site for the new tower is based on research by the Mark’s and Temple Terrace Parks Planner Dana Carver and will be in the new 150 acre Riverfront Park. The new tower will be a focal point for the park and will complement a nearby bat tower viewing pavilion designed and constructed by USF architecture students in 2008.

Temple Terrace is currently accepting donations for this worthy project along with pursuing grants and seeking corporate sponsors for equipment, materials and/or labor. Corporate sponsors can receive name recognition at the future tower site depending on the sponsorship level. To make a tax deductible donation send your check made out to The City of Temple Terrace, referenced for the bat tower project, and addressed to Al Latina, Friends of the Temple Terrace Parks and Recreation, 7002 Doreen Street, Tampa, Florida 33617. The donations will be placed in a city account created for the project. If you would like to volunteer to help with this project please contact Al Latina, 813-988-6794, or alatina1@tampabay.rr.com.