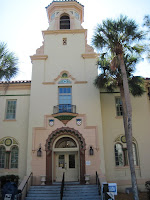 “If, one day, for some mysterious reason, all the buildings, settlements, suburbs and structures built after 1945 – especially those commonly called “modern” – vanished from the face of the earth, would we mourn their loss? Would the disappearance of the prefabricated tower blocks, mass housing estates, commercial strips, business parks, modular production halls, university campuses, schools and new towns, damage the identity of our favorite cities and landscapes?

If, on the other hand, some parallel phenomenon destroyed in one fell swoop the whole of out pre-World War II architectural heritage, namely all “historic” buildings, hamlets, villages, bridges, and cities, what would be the significance of such an event? What would be a greater loss? Replacing all pre-1945 buildings with post-war buildings, or the reverse?”

Leon Krier – Introduction to “The Architecture of Community”