The West Tampa Community Development Corporation and The National Institute for Strategic and Tactical Planning will host a free professional grant writing workshop in basic grant writing on:

(All classes are the same, please pick one)

Staff, administrators, board members of non-profits, faith based organizations, government agencies and other tax-exempt status organizations.

For more information, contact Michael Randolph at 813-857-7657 . Seating is limited; please e-mail  wefindgrants@aol.com or mikeconsultant@gmail.com to confirm a seat and to attain an invitation and workshop packet. No one will be admitted without an invitation. (Please give date you plan to attend.)

The Preservation Roundtable will meet on Wednesday, September 12th (a week later than our normal schedule due to the Labor Day holiday). As Union Station is closed to meetings during a construction project, we will meet in the conference room of the TPI Office bldg (Ybor City Museum Society complex) at 2009 N. 18th Street (N. Angel Oliva Sr.) in Ybor City. We will meet at 9:00 AM as usual.

In December 2011, the County Board of County Commissioners (BOCC) adopted the “Historic Preservation Challenge Grant Program” to promote historic preservation, heritage tourism, and related economic development within Hillsborough County (both incorporated and unincorporated areas). Available grant funds will be awarded to selected applicants on a minimum of 1:1 matching basis, not to exceed an award of more than of $250,000 per applicant, per project in any county budget year. For more info on the grant see Historic Preservation Challenge Grant Program.

Hillsborough County Commissioners are now seeking residents to serve on several County citizen advisory boards and councils. Residents interested in seeking appointment must be registered voters in Hillsborough County. These are voluntary positions, and members serve without compensation. Applicants may apply to more than one board, but may only serve on one board at a time.

The deadline for applying is February 9, 2012. Appointments will be scheduled for a meeting of the Board of County Commissioners in March or April, 2012.

An application is available in the Commissioners’ reception area on the second floor of County Center, 601 E. Kennedy Blvd. in downtown Tampa; by calling the Boards and Councils Coordinator at 813-272-5826; or on the County’s website at: www.hillsboroughcounty.org. Click on the “County Commission” link on the left-hand side of the page, then the “Advisory Boards and Committees” sublink. The “Application Questionnaire For County Appointments” is in the middle of the page. The form can be filled out, and then scanned and emailed, faxed, hand-delivered or mailed.

If you apply to a Board that requires a background check, you must also submit a Background Investigation Disclosure and Authorization Form, which also is available on the website. Forms must be signed and dated. Additional directions for submission are listed on the form.

There are nine positions.  Terms are for two years.  No member shall serve more than two successive terms.  At least three members must be residents of the cities of Temple Terrace, Tampa and Plant City, with the reminder of the members residing in the unincorporated area of Hillsborough County.  Members should have expertise in one or more of the following areas: historic preservation; architecture; heritage tourism, destination marketing; marketing and economic development; landscape architecture; and interior design.  Meeting schedule: To be determined.

Florida once had one of the largest and most successful historic preservation grant programs in the country. The grants were the tipping point for allowing the preservation of numerous significant but threatened historic resources throughout the state, including over $12.5 million in Hillsborough County. These grants suffered the first major cuts in 2008, when they were cut by over two-thirds. Last year the grants were not funded at all, causing many projects to sit by the wayside, and keeping construction workers out of work.

We recognize that the Florida legislature is dealing with budget shortfalls and that they are forced to make hard decisions; however, historic preservation is the wrong corner to cut at this time when jobs are so important to Floridians. Restoration creates more jobs than new construction and, with less demolition, excavation and transportation of materials, it is greener. When the work is done, these treasures increase tourism and often anchor neighborhoods. This is true economic development.

What can you do? Please contact your state senators right away and ask them to please provide funding for the historic preservation grants programs. Explain to them how important this funding is to your organization, the economy, jobs and your community. Also, don’t forget to thank your state representatives for what they have included in the budget and explain how important these programs are to cultural organizations, the economy, jobs and your community. 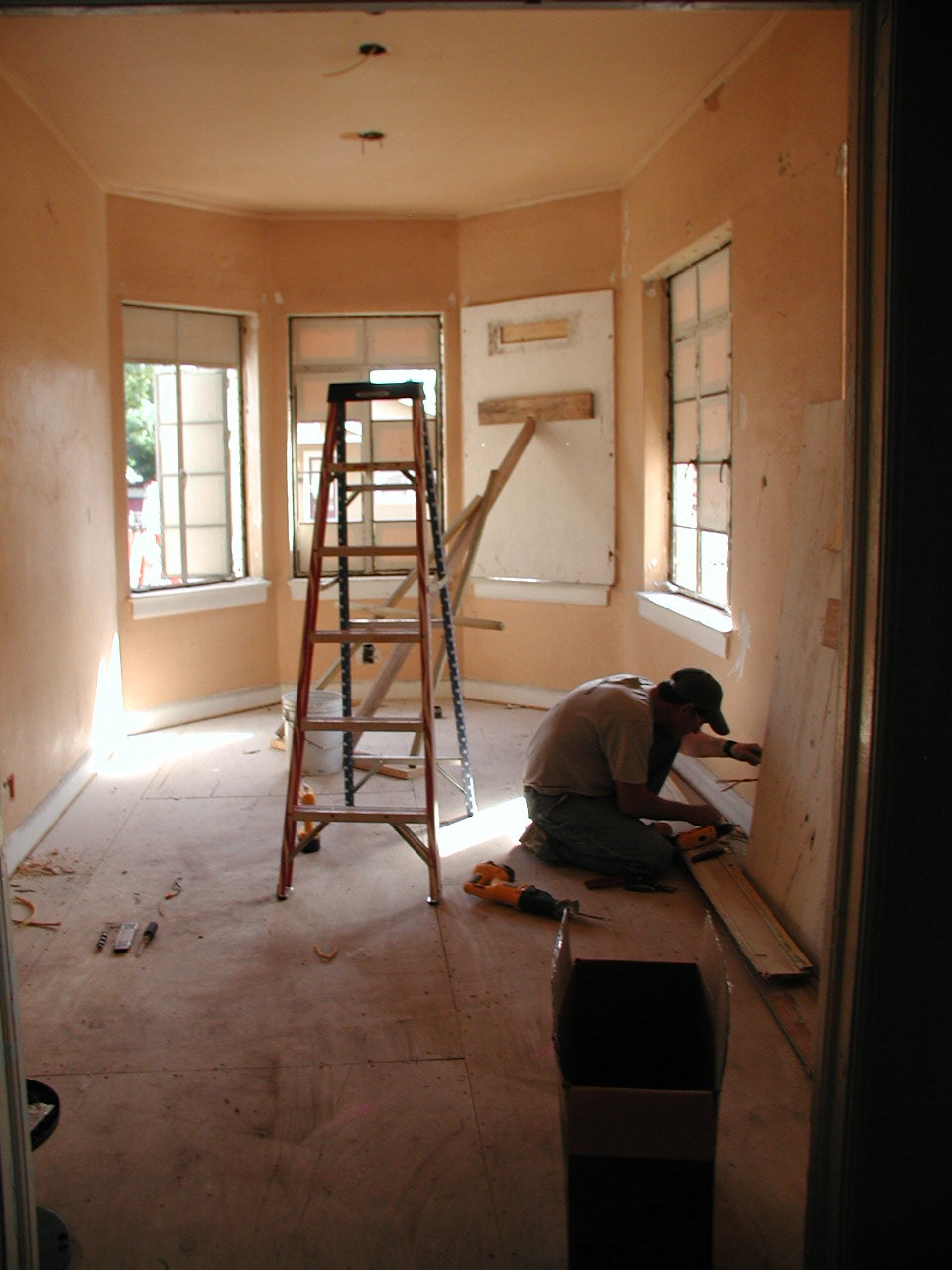 A recent post on the National Trust for Historic Preservation website is entitled “Who is Creating Jobs in America?” Directed at the proposed elimination of the Save America’s Treasures Grant fund, the article provides a state by state breakdown of how the fund compares in job creation to the stimulus plan. Of great interest are the numbers for Florida that show that the grant fund creates jobs for a fraction of the cost:
To see the whole article and the parameters used to generate the costs, see http://www.preservationnation.org/issues/community-revitalization/jobs/.

The report was conducted by researchers at the Edward J. Bloustein School of Planning and Public Policy, Rutgers, the State University of New Jersey, and commissioned by the Historic Tax Credit Coalition, a public policy advocacy organization.

Major findings of the report include:
• The Historic Tax Credit is an efficient job creator— rehabilitation investments have generated about 1.8 million new jobs since 1976 and 58.8 thousand in 2008 alone. The Rutgers study shows that historic rehab projects require more highly skilled workers, generate better-paying jobs and return more economic benefits to local communities than other stimulus strategies such as highway construction. For example, a job created by Historic Tax Credits costs approximately $9,000, whereas the average cost of creating a job through the federal stimulus package is about $248,000.
• The cumulative impacts to the national economy are substantial, including $198 billion in total output, $98 billion towards Gross Domestic Product (GDP), $72 billion in wages and salaries, and $29 billion in federal, state and local taxes.
• The federal Historic Tax Credit is a strategic investment for the nation, evidenced by the fact that the total federal cost of the HTC, $16.6 billion in 2008 inflation-adjusted dollars, is more than offset by the $21 billion in additional federal taxes paid as a result of HTC project activity to date. In addition, the $16.6 billion investment has leveraged a five times greater amount of historic rehabilitation costs—a total of $85 billion.

While underscoring the success of the Historic Tax Credit program, the report suggests several improvements to modernize the program and ensure its continued efficacy—all of which are included in the Community Restoration and Revitalization Act now before Congress. The legislation, introduced in the House by Reps. Allyson Schwartz (D-PA) and Patrick Tiberi (R-OH) and in the Senate by Sens. Olympia Snowe (R-ME) and Blanche Lincoln (D-AR), seeks to amend the Historic Tax Credit to facilitate smaller, Main Street-scale investments, providing incentives for the kind of sustainable rehab projects that make historic buildings more energy-efficient, and expanding the number of properties that would be eligible to earn these federal tax credits.

“This report makes clear that historic preservation is not just about holding on to our past, it’s also about building a better future by creating jobs, spurring revitalization and improving the economic health of the nation,” said Richard Moe, president of the National Trust for Historic Preservation. “By encouraging the restoration and rehabilitation of older and historic buildings, historic tax credits are one of the best investments government can make—a key consideration in lean budget years. This report should invigorate Congress to pass the Community Restoration and Revitalization Act and strengthen the federal historic tax credit program.”

“This report shows that the economic impacts of historic rehab are aligned with many of our nation’s most important needs during these tough times,” said John Leith-Tetrault, President of the Historic Tax Credit Coalition. “Rutgers’ research makes the case for enhancements to federal historic tax credit as an important part of any Congressional stimulus package. Given how difficult it is for our industry to finance rehabilitation projects right now, the timing for these amendments couldn’t better.”


A copy of the report is available at http://www.policy.rutgers.edu/reports/HTCeconimpact.pdf.